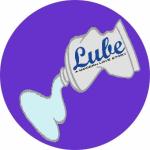 San Diego, CA, USA — Jack Turner, local playwright and lyricist, is holding the first public Reading of “LUBE: A MODERN LOVE STORY,” a gay-themed, Broadway-style musical, at San Diego’s LGBT Center on October 1st, 2016, 7 pm. All twenty-four of the songs written by composer Brandon Bowerman for the show will be played during the event, with many of the tunes making their world-premiere debut.

“LUBE: A MODERN LOVE STORY” is the first of a new genre of musical theater. It’s a gay-themed play, written by a gay man with music composed by a gay composer, but intended for gay and gay-supportive audiences. “LUBE” is a musical comedy that takes a serious look at growing up gay, including the decision whether to stay in or come out of the closet, bullying, prejudice, the lack of role models, religious persecution, and teenage suicide. But it also deals with friendship, changing attitudes, and acceptance – especially what can sometimes be the hardest of all: self-acceptance.

“LUBE” is one more voice in a chorus – or perhaps a cacophony – of voices trying to convey the message that “It Gets Better” to at-risk young adults. Hundreds of celebrities have joined the effort, adding their voices as well, but the statistics are shocking. According to the Trevor Project (http://www.trevorproject.org), suicide is the second leading cause of death among young people ages 10 to 24. LGB youth are four times more likely, and questioning youth are three times more likely, to attempt suicide as their straight peers. There are more teens in the US who attempt suicide each year than the total body count from the many mass shootings seen in the news by a factor of two to three. It’s a silent epidemic. To address this issue, “LUBE” attempts to provide positive role models and an uplifting message: “Just love yourself; the rest will fall in place.”

“LUBE” is not be the be-all, end-all solution to the problem, but it’s an approach that hasn’t been tried before. It treats being gay as normal and gay sex as a topic that isn’t taboo. The playwright wants to provide an experience for young gay adults that has been available to their straight counterparts for a very long time: to walk out of the theater identifying with the lead characters, saying to themselves, “I’m gay. They were gay. They found happiness and fell in love. That could happen to me.” But even more, “LUBE” attempts to send a message to every person who sees it, whether they be gay or straight, that it isn’t OK to bully or torment others who may be different, that it’s not acceptable to add to the problems of an isolated teen. This message may not make it to every bully or tormenter, but with “LUBE,” the playwright hopes to convince their peers that these kinds of acts are not acceptable. Perhaps peer pressure can achieve what a simple, direct message cannot.

Tickets for the Reading are available online at http://lubemusicalreading.eventbrite.com. Best seating is reserved for those who support the Reading through the “LUBE” Kickstarter campaign at http://tinyurl.com/zefra3s. For more information about “LUBE: A MODERN LOVE STORY,” please visit http://www.lubemusical.com.